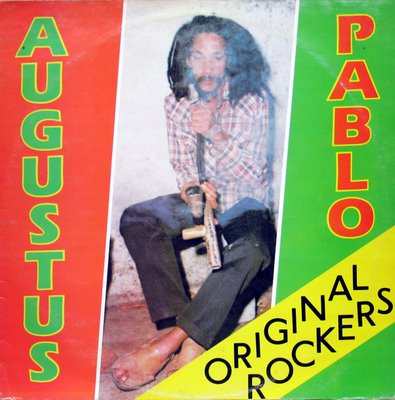 Horace Swaby is his real name but we know him as ‘Augustus Pablo’.
He is the one that made a real grown-up instrument out of the ‘Melodica’.
Before him it was seen by many, being just a children’s toy, but if you
hear what Augustus shakes out of it, it changes your mind. Read the full
back cover story and find out more ! Click on image to enlarge.I don’t
know how many times I played this record, back in the 80’s, but it must
have been a thousand times, to me this is a classic. It is a collector
of ‘Augustus Pablo’s’ work in the seventies. A Killer !
Jah Rastafar I, Haile Selassi I, Irie Irie I.