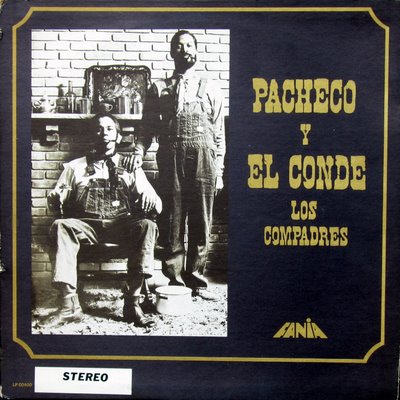 I think I’ve got to make up a bit with all Latinlovers in our
community. It’s been a while since we had some nice salsa.
In 1972, Johnny Pacheco and Pete ‘El Conde’ Rodriguez were
at the peak of their career. There are no other musicians
credited here, a shame because they really deserve to be.
Very fine album by the man without whom Fania wouldn’t have
been the same, Johnny Pacheco is the Man.