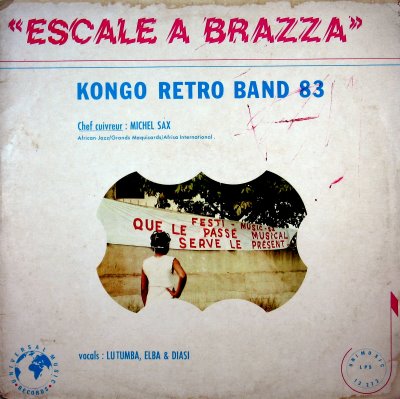 Kongo Retro Band 83 is a group or was, existing from artists
from different countrys. Grand Kalle and Adou Elenga from
Zaïre, ( Congo and Zaïre were seperated ) Manuel d’Oliveira
& Les San-Salvador from Angola and Les Bantous et Guy Léon
Fylla from Congo. The vocal parts are taken care of by Lutumba,
( is it ‘le Poete Simaro’ ? ) Elba and Diasi. Many names of which
I know little, if anyone can enlighten us ? I do know this is a
beautiful album, get it while you can.