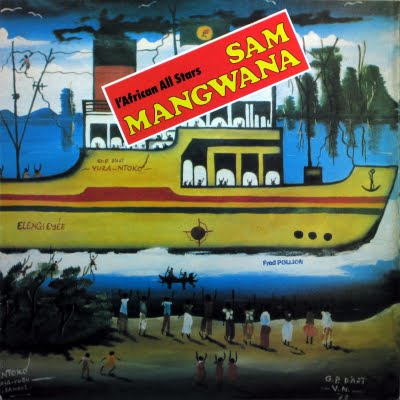 Sam Mangwana started out in the early 1960’s with Vox Africa and
Festival des Marquisards before joining Tabu Ley’s Afrisa. In 1972
he switched to OK Jazz for three productive years before returning
to Afrisa. Eventually he set up a splinter group in West Africa called
African All Stars, with whom he developed a pan-African sound with pop
and Caribbean rhythmic undertones, which has been the basic for a
successful globe-trotting solo career.
( Rough Guide to Worldmusic )