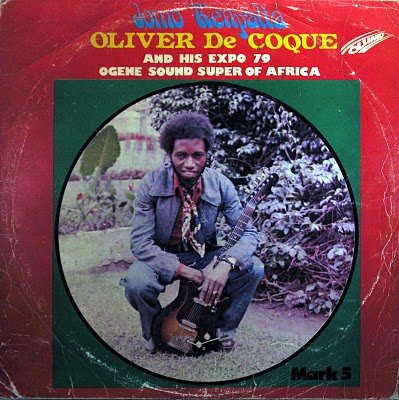 We have seen a few Oliver de Coque’s before at the GG but
today’s LP has something different. I don’t know how but
this one sounds somehow more original. And a funny thing
is the fact that his band is called Expo 79 on this LP, while
on all other albums it’s called Expo 76. Maybe an occasional
joke, 1979 was the year of release.
I think Oliver displays superb guitarplay on this album, so all
together, beautiful LP. This one is for John Beadle, I saw you
were looking for it’s titles John, here they are.