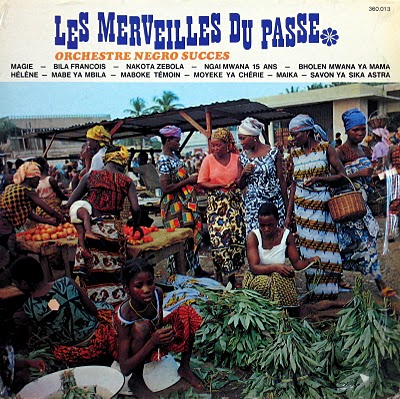 Did you know Franco had a younger brother who was also lead guitarist ?
Bavon Marie Marie gained quite some popularity in the late sixties with
Leon Bholen and Orchestre Negro Succes. The band was formed by Vicky
Longomba in 1960 who came from Franco’s OK Jazz. After he made up with
Franco and returned to OK jazz, Bavon Marie Marie and Leon Bholen took over.
On this record we hear Bavon Marie Marie as lead guitarist probably for the last
time. He died shortly after it on august 5, 1970 in a tragic car accident.
Bavon Luambo Siongo 1944 – 1970.