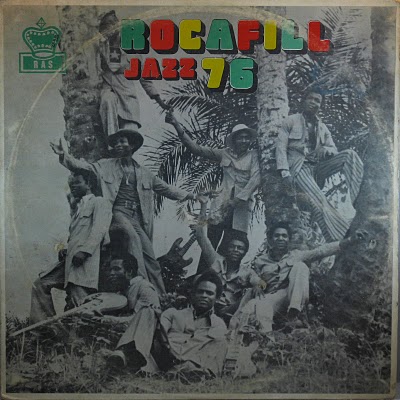 Do you know what song was the biggest African hit ever?
It was Prince Nico Mbarga’s ‘Sweet_Mother’. Today’s album
must have been released not long before it, also in 1976
but Nico Mbarga was not yet mentioned on the cover, just
Rocafill Jazz. It is probably their first LP and personally
I think it is better than it’s follower. What do you think ?