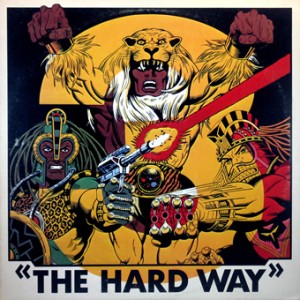 Early eighties, dub music was hot. There was Prince Jammy, Mad Professor,
Scientist. Less known names but just as good, Maxie and Barnabas,
Crucial Bunny and Mikey Dread, all masters in dub.
At King Tubby’s Studio, produced by Al Campbell, we find this
champion with Scientist, Maxie and Barnabas. Have you ever
seen a cover with so much impact ? These three dub the hard way.