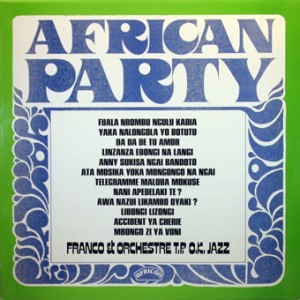 I am a little confused over some facts concerning this LP. Backsleeve
notes say; ‘Original recording by Editions Cefa, Zaïre (P) 1977. It looks
brandnew and has a barcode. It is probably a re-release but from when ?
The recordings sound older than 1977. I guess it was originally released
as african 360.096 in 1977 and already contained older recordings.
Some time later it must have been re-released. Anyway, Franco delivers
as always and wont make you regret this download, enjoy.