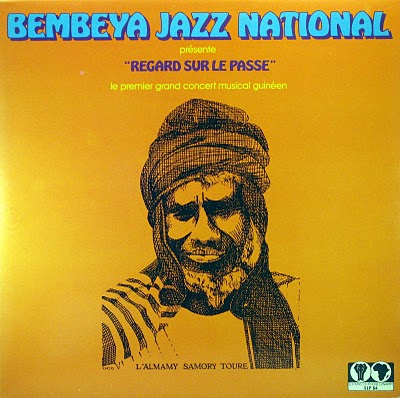 From 1977 we have this LP of Bembeya Jazz National. It is a
re-release from the 1969 album. In 1972 it was already subject
of a second release. Such relaxed atmosphere here, I love that
mellow Mandingo mood. Only two tracks on this album and it’s
their first appearance at the GG. It was about time for another
post on the Syliphone Conakry label from la République de Guinée.