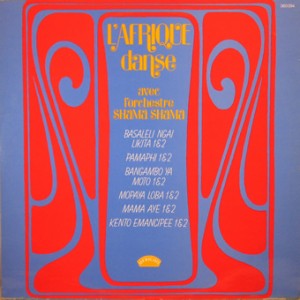 Groovers around the world,
another special find I recently did, is this one. It seems the entire
web was wondering what to find on african 360.094. I could not find
a single word about it. Well, here it is, and it’s a beauty. Orchestre
Shama-Shama led by Mopero Wa Maloba. I found out Mopero also
was the man behind Orchestre Cavacha and was somehow connected
to Zaiko Langa Langa. Another piece of the african 360.series puzzle falls in
place. Although from 1976, the LP looks as new, it does sound quite 70’s.
Can anyone give us some more information on Shama-Shama or Mopero?
Thank you very much in advance and enjoy listening to this rare gem.