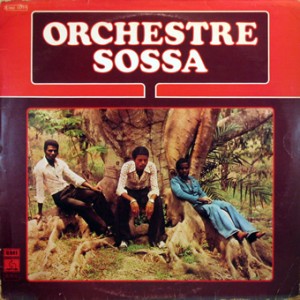 Formed around 1975 by Pierre Moutouari and his brother Michel.
Earlier he played in Orchestre Sinza with his other brother Kosmos
who was also a member of Les Bantous de la Capitale. Pierre
Moutouari moved on with his career in 1979 and went solo. Find
more on him at wiki .
The album also contains songs by Gabriel Dianzolo, Hyacinthe Malonga
and Gabriel Mienandi. Listen.