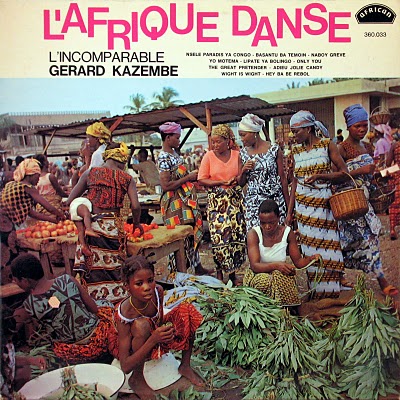 Slowly and bit by bit the african 360.000 list is growing to a
hopeful completion some fine day. This is no 33 or 360.033
as you wish, a quite funny LP. The first 5 songs are Congolese,
and sung in Lingala. But when you turn the album and start track
6 and 7, you’re in for the big surprise. Suddenly you think you’re
listening to someone else. Two songs in English, then two in French,
and it ends with a rock and roll song. Something one doesn’t really
expect behind a sleeve like this one. Originally it looked like the
small picture shown. Crazy to hear,….”only youóuóu…”
Hey ba be rebol..ha,ha,ha