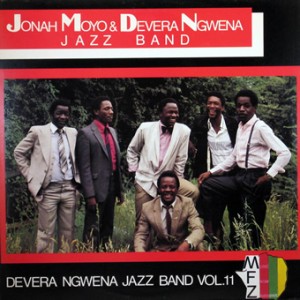 As we get closer to the worldchampionship of football, we slowly move
southwards in listening to African music. Some Zimbabwean chimurenga
is exactly what we need now. Jonah Moyo and Devera Ngwena, their sharp
guitars and superb singing, oh man, I just love this.