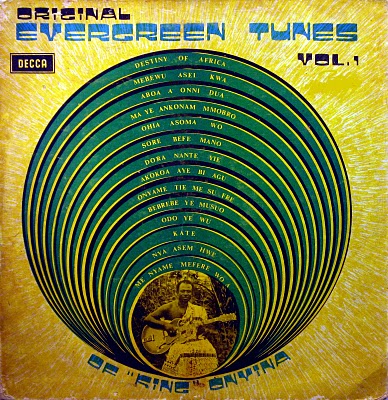 Speaking about digging up old stuff, this rare piece of
Ghana highlife was brought to me by a friend. He travels
the world to find these treasures. First record I heard by
King Onyina, born Kwabena Onyina. His father used to have
a guitar and when he died and left it to Kwabena at the age of 13,
young King Onyina decided to make a living out of the instrument.
I have read somewhere on the web King Onyina passed away some 5
months ago. Let’s pay him respect in playing his music, listen.
read_more