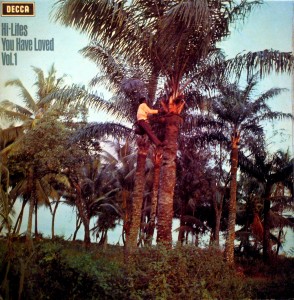 This is part one of a three record series of Highlife
from the old days. It appeared in the seventies but
contains songs from the fifties. Bands like the Stargazers
or Onyina”s Guitar Band aswell as E.T. Mensah’s Tempos
were very popular in Ghana in them days. My favourite
is track #6, Masan Makwo, don’t understand a word they
sing but just love that sound, hope you do too.