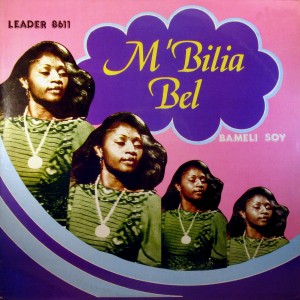 It’s been over a year, in october of 2009, that we had M’Bilia
Bel at the GG. So little female singers from Congo. I am sure
I don’t know a bunch of them but the finest of the ones I do know
is without any doubt, M’Bilia. Some of the songs on this album
also appeared on previously posted LP’s but not on one LP.
The versions on this album are partly different from those.
It’s a Nigerian release on Leader Records from 1987, listen.