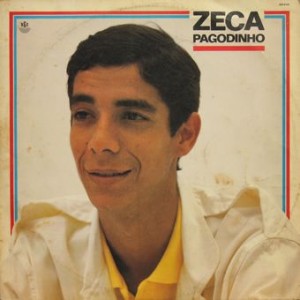 I received a couple of messages telling the link of this LP
was dead. I re-uploaded it and decided to re-post. One of
my first encounters with samba was by that great collector
that David Byrne launched on his Luaka Bop release for
Virgin Records. It’s from 1989 and called ‘O Samba’.
The cd contains the great ‘S.P.C.’, which came from Zeca
Pagodinho’s debut LP, the very one we have right here.
In the mean time Zeca grew out to be possibly the most
popular Samba and Pagode interpreter of today. Get this,
it’s still one of his best works.