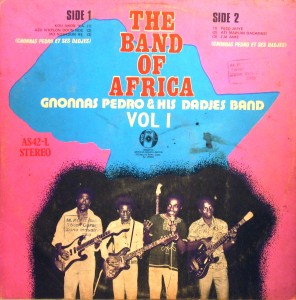 A few weeks ago we had volume 3, now here’s volume 1.
Gnonnas Pedro and his Dadjes Band are back with this
hypnotising work of latinized afro from Benin. Do not
hesitate and start to duplicate, pass it on and celebrate.