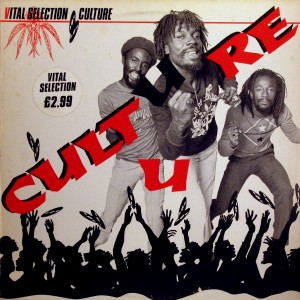 This band delivered a steady reggae sound from the mid seventies
throughout the eighties. Joseph Hill was the group’s leader and songwriter,
he died in the saddle, being on a European tour. He got ill very suddenly
and died the next morning on august 19, 2006, only 57 years old.
This is an album from 1981 on ‘virgin’ records, I am posting this one
especially for the people who were in the park with me last saturday.
We had us a sunny afternoon with irie rub-a-dub, rocksteady reggae
and other global grooves. Behold poor Jah people, stop the fussing and
fighting, work on natty and never get weary,
smoke up the international herb.