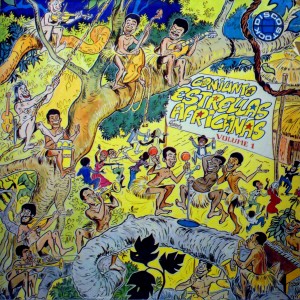 Born Nigerian, Dexter Johnson made his fortune in Senegal,
he was one of the founders of the legendary Star Band. They
played in several clubs in 60’s Dakar. After that Johnson
moved to Abidjan where he worked for the Record label
Disco Stock. This is one of the lp’s he made there.
With Cuban violin player Alfredo Delafe and singer
Raymond Fernandez they formed ‘Estrellas Africanas’.
Dexter Johnson who later also worked with Manu
Dibango and Monte Adentro was a monument of
African music and died in 1977, listen.