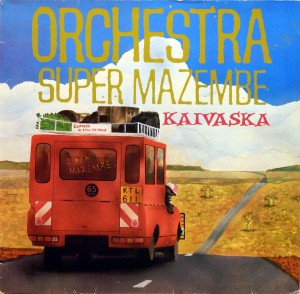 Orchestra Super Mazembe was a Congolese group that
went to Nairobi, Kenya in 1974. They were one of the most
popular bands in the genre together with among others,
Les Mangelepa and Samba Mapangala. Their biggest hit
was ‘Shauri Yako’, originally by Nguashi Ntimbo.

It is still as new as when I bought it in 1982. This was one
of my first encounters with African music. I didn’t post it yet
thinking that everybody has it already, a mistake off course.
On Virgin Records and maybe a little on the commercial side
I think this lp contains a couple of fairly nice songs. If you
haven’t got it already give it a spin and listen yourself.