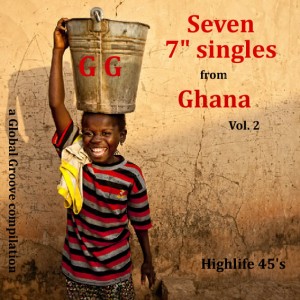 Goodmorning groovers, thanks for your comments and for
appreciating the few poor words. Today I was in the mood
to record us a couple of singles from Ghana. It is the second
volume of highlife singles at the GG, I picked seven 45’s we
did not hear yet. Some of them are a little scratchy and
some not, I’ve put the best ones upfront and the worst
in last position. Labels are, in chronological order,
Ambassador, Executive, Decca, Aduna, Essiebons,
Ambassador and Rainbow. Hope you like’m..