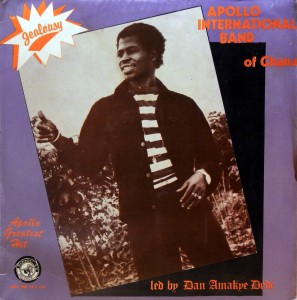 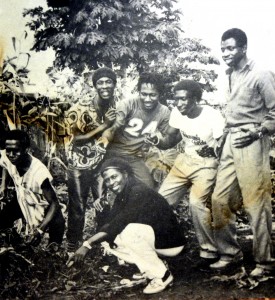 We had a couple of his records, Dan Amakye Dede
and his Apllo International Band of Ghana. He started
as composer and treble singer with the Kumapim Royals.
In 1980 he began forming his own group. The first record
they made was “To be a man na wah !”, I have it waiting
for another occasion, it is scratched a little. Today we’ve
got their second album which was a huge succes in 1984.
Recorded in Onitsha, Nigeria. Listen..