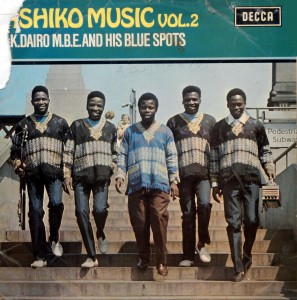 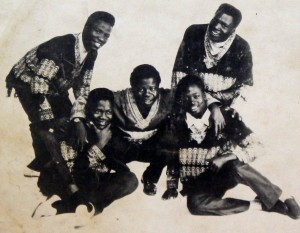 It does have a couple of pops and some scratches,
somewhere over the years it has lost a corner of it’s sleeve.
This album by the great I.K. Dairo has made a journey before
ending up with us. Baba Aladura was his nickname, the very
popular I.K. Dairo played guitar, acordeon and talking drum.
He called his juju ‘ashiko music’ like it used to be called in the
past. This is volume two to begin with, I’ll post the first volume
some time later. Enjoy listening to I.K. Dairo & his Blue Spots
and don’t forget to find the other seven I.K. Dairo lp’s..