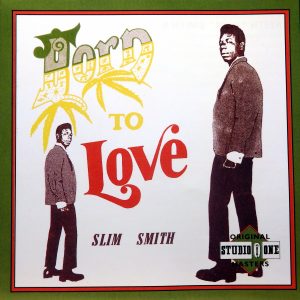 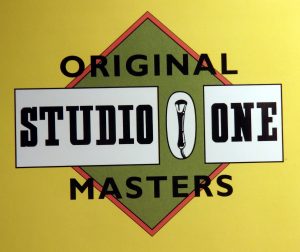 originally released on Studio One records in 1973,
this is the 1991 cd version on Heartbeat records.

Keith ‘Slim’ Smith’s untimely death in 1973 brought an end
to the career of one of Jamaica’s most revered singers whose
musical legacy remains untarnished to this day. An achingly
soulful singer, whose vocal style was reminiscent of the
Impressions’ Curtis Mayfield, Slim Smith personified the
greatness of the rocksteady and early reggae periods of
which he is a principal voice. Slim Smith started his career
as a member of the Victors Youth Band who where among
the champions of the 1964 Jamaica Festival. Moving to Duke
Reid’s Treasure Isle label, he and Frederick Waite, Franklyn
White and Winston Riley became known as the Techniques.
Slim Smith moved to Studio One as a solo artist recording a
series of succesful singles that Clement Dodd compiled as the
basis for the ‘Born to Love’ album. This album is a testament
to Slim Smith’s greatness both as a singer and a songwriter.
Enjoy the soulful stylings of the great Slim Smith. ( Heartbeat )