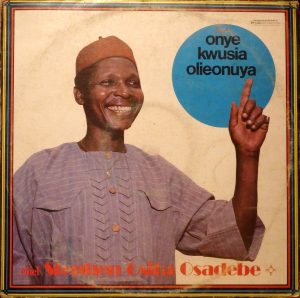 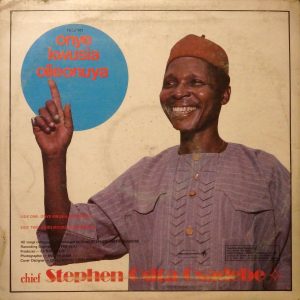 Chief Stephen Osita Osadebe (March 1936 – May 11, 2007),
often referred to as just Osadebe, was an Igbo Nigerian highlife
musician from Atani. His career spanned over 40 years, and he
is one of the best known Igbo highlife musicians. His best-known
hit was the 1984 single “Osondi Owendi” (Igbo: One man’s meat
is another man’s poison.), which established him as a leader in
the highlife genre and was one of Nigeria’s most popular records
ever. ( Wikipedia )