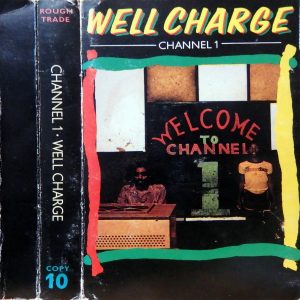 During the period of early 70’s, from 1973, Channel One began to
create a sound that made them for the next few years the most
popular record label in Jamaica. With every song coming out of
Channel One becoming a hit with groups such as The Mighty Dia-
monds, Pat Kelly, Junior Byles, Earth and Stone, The Revolutiona-
ries, and Jays and more. The Channel One mix and Sound became
so famous that other producers tried to capture it. The resident
session men known as The Revolutionaries such as Sly and Robbie,
Willie Lindo, Rad Bryan and Ansell Collins made the main line-up
with added musicians such as Chinna and lloyd Parks and the horn
section made up of Tommy McCook, Hedley Bennett and Vin
Gordon. Special thanks to Austin Palmer who
selected these tunes. (liner notes)