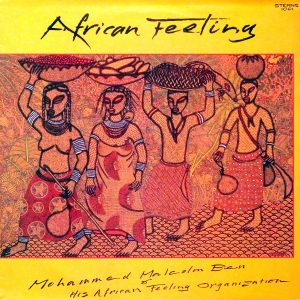 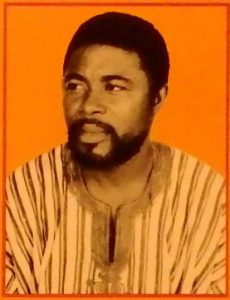 Mohammed Malcolm Ben was born in eastern Ghana. He started
as a musician with the Messenger’s Dance Band T.O. Jazz, I.K.’s
Band and the K.K. Masters. As a producer he started in 1970, did
African brother’s album ‘Agatha’ and ‘Owuo Aye Me Bi’ and City Boys’
album ‘Ankwanobi’. Mohammed Malcolm Ben took his name from
famous Afro-American activist Malcolm X whom he met in 1963
when the latter was visiting Ghana. When working on this album
in 1983 Malcolm Ben explained; “It is my intention to pay tribute
to all black warriors, both African and Afro-American who have
suffered and died in the struggle to liberate black people.”