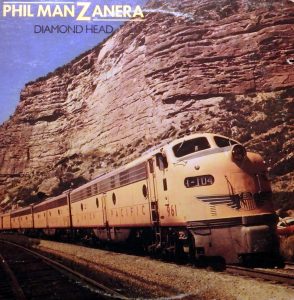 Phil Manzanera was most known as Roxy Music’s lead guitarist.
To me his solo albums always were favourite. Being the son of
a Colombian mother and an English father he was born in London
but lived in various South American countries during his childhood.
With artists like Robert Wyatt, Brian Eno and Andy Mackay and many
others. He worked with Steve Winwood, David Gilmour, John Cale,
Godley & Creme, Nico and John Wetton to name a few ..