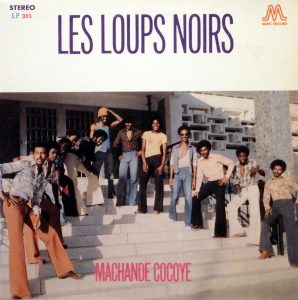 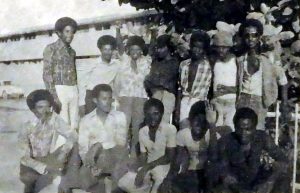 As I was told by Leon somewhere in the past, Les Loups
Noirs were known for being one of the most versatile groups
from the Mini-Jazz era. They were most notable in the variety
of textures they used in their arrangements, often switching
roles between solo and accompaniment among the electric
organ, guitar and saxophone. To this day guitarist/bassist
Laurent Ciceron remains one of the authorities on traditional
styles and continues to develop creative ways to authentically
integrate them with contemporary styles. It should also be noted
that, while it isn’t always reflected in the recordings of this era,
most ensembles were expected to play a variety of styles at
the ‘balls’ (dance parties), an evening was not considered
complete without a few boleros, merengues, son montunos,
R&B, or even a selection of ska or calypso
or two thrown into the mix ..