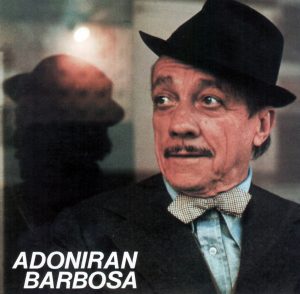 Adoniran Barbosa’s real name was João Rubinato, he was a descendent
of Italian immigrants in São Paulo, Brazil. Adoniran was interpreter of so
called Samba Paulistano and wrote his songs mainly for the poor Italians
from the São Paulo quarters ‘Bexiga’ and ‘Brás’. He used their wrong
Portuguese on purpose. One of his biggest hits was ‘Trem das Onze’.
You may find it on ‘Demônios da Garoa, Trem das Onze’ below.
This record was originally from 1975, this is the 2006 cd release ..