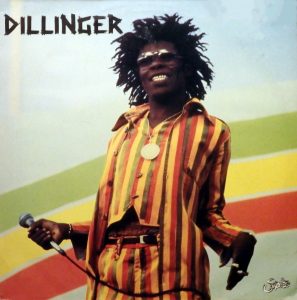 It was Lee Perry’s idea to use the stage name Dillinger
after gangster John Dillinger. His real name is Lester Randal
Bullock. Dillinger made a nice pile of records, but never
really had a major breakthrough. Only his ‘Cocaine in My Brain’
became a number one hit and only in the Netherlands. It was
released in 1976. The album we have today is from 1977 ..