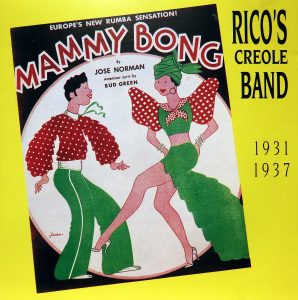 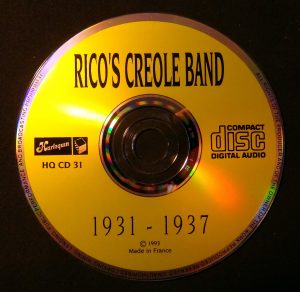 On Harlequin we find this lovely cd with the music of Filiberto
Rico and his group Rico’s Creole Band. He was a Cuban clarinet
player and one of the first to bring Cuban music to Europe.
Read more in this Bio.

Blessed in Havana, Cuba, in 1910, Filiberto Rico was one of
the primary wave of music artists to popularize Latin American
music throughout north European countries. An alto saxophonist
who doubled on flute, youthful Rico gigged and documented with
several rings in Paris and Copenhagen through the past due ’20s,
especially Moises Simon’s Orquesta Tipica Cubana. Rico’s Creole
Music group was produced in 1930 and interested the Parisian
open public using the conga, the beguine, as well as the bolero
until a proliferation of Nazis (equipped with a racist Weltan-
schauung that criminalized the cultural variety embodied in
the word “Creole”) managed to get essential for this Afro-Cuban
musician to absent himself from the spot through the years
1941-1946. Rico’s postwar reputation in Paris and along the
France Riviera is renowned, and continues to be related to the
mixing of Western european and Latin American designs. His early
recordings had been reissued in two amounts on compact disk with
the Harlequin label in 1993-1994, and his postwar profession is
documented on the retrospective two-fer released in 2003 by
Fremeaux & Associes. ( MusicianBio)