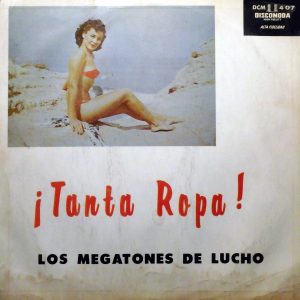 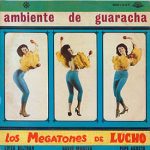 This is DCM-407 on the Discomoda label from Medellin, Colombia.
It first appeared in 1967. Tanta Ropa, (so many cloths) seems to be
a joke. The girl on the frontcover was naked at first. In a later sta-
dium they have drawn a little bikini over the picture. Still not en-
tirely comfortable, as if ‘Me Too’ already existed, Discomoda then
re-released the album under the title of the first song, ‘Ambiente
de Guaracha’, with another sleeve. (small pic) Luis Gonzalez, or Lucho,
was the frontman of the group. The record has some background noise,
the salsa however is still quite enjoyable. Get it, spread it and listen .. 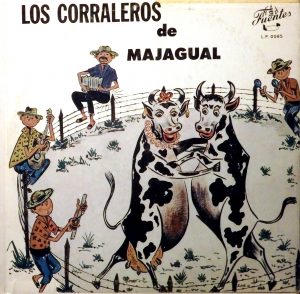 Under direction of the great Michi Sarmiento, the son of
Climaco Sarmiento, Los Corraleros de Majagual made their
second album in 1962. With Eliseo Herrera, Calixto Ochoa,
César Castro, Lucho Argain and Alfredo Gutierrez. Only
wonderful tunes on this old slice of vinyl, do not miss .. 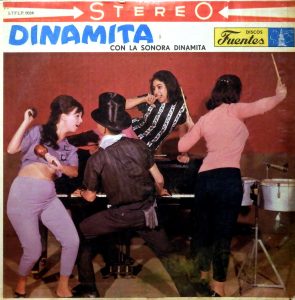 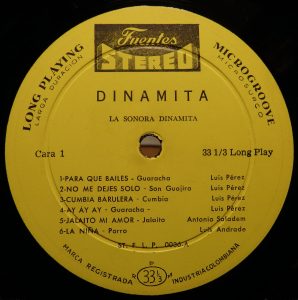 An oldie today with the popular Sonora Dinamita. The great
Lucho Argain is also present on this one. I could not find a
year of release for this record. As far as my Spanish goes
however I think it must be one of their earlier albums.
One way or the other, we’re dealing with 12 sweet songs.. 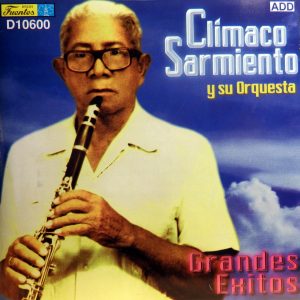 Absolutely Sam, Climaco Sarmiento, Michi’s father was a
great musician and wrote a bunch of hits. This is a collection
of his ‘grandes exitos’. It comes from the CD release by Discos
Fuentes in 1997, already twenty years ago. Enjoy listening.. 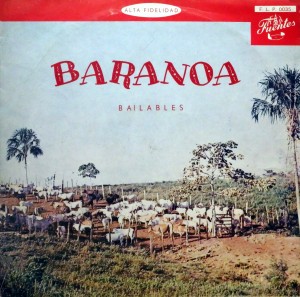 Discos Fuentes made quite a lot of collectors over the years and
not always very original in choice of tracks. This time we also find
some songs we’ve seen before but still I’m quite sure that will not
spoil the fun. For those who didn’t know it shall not be obvious.
In short, ‘Baranoa’ is a collector with a bunch of dance hits
that will certainly make your party a succes.. 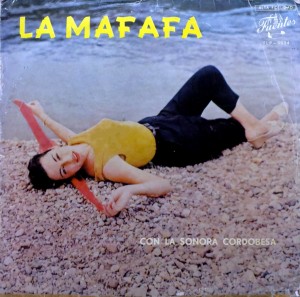 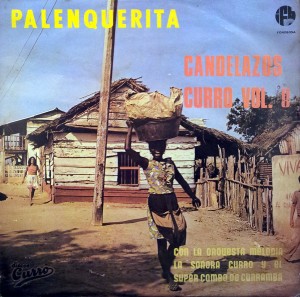 Good evening, the groove of today is going to be a Colombian
one. On Discos Curro we have us an album with songs by three
groups. Orquesta Melodia, La Sonora Curro and Super Combo
de Curramba. It is not exactly clear what band plays which song.
The cover does not give that information nor does the label of the
record. How ever they organised it, I don’t really care. The music is
so hot, it makes one forget such futilities. So get it and spread it,
it is one of the hottest Colombian sounds I ever heard, enjoy..