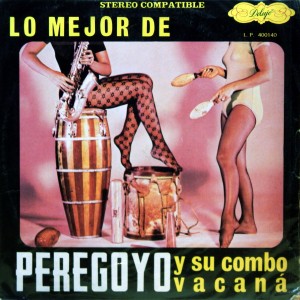 One of the Colombian bands that caught my attention from
the first time I heard them is el Combo Vacaná of Peregoyo.
Their sound is different from what we’re used to hear from
that region. Listen to the guitar
based latin sound of Peregoyo.

This is what All Music Guide says about them;
One of the first bands to combine the folk rhythms o
Colombia’s Buenaventura region and the cumbia of Cuba,
Peregoyo Y Su Combo Vacana were known for their unique
electric guitar-dominated sound. Reviewing a reissue of their
early-70s album, Tropicalismo, RootsWorld claimed that
Peregoyo Y Su Combo Vacana “never lets up as it hurls
groove after incessant groove at you, sax and trumpet
blazing from a path cut by fat, no bloated bass licks,
pervasive percussion and searing
solo and group vocals”.