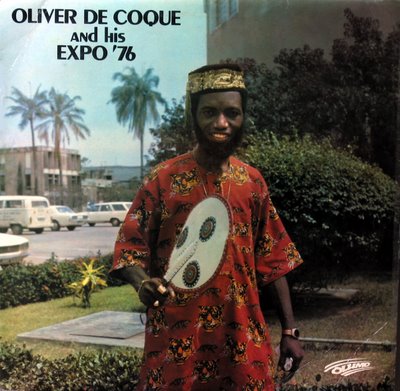 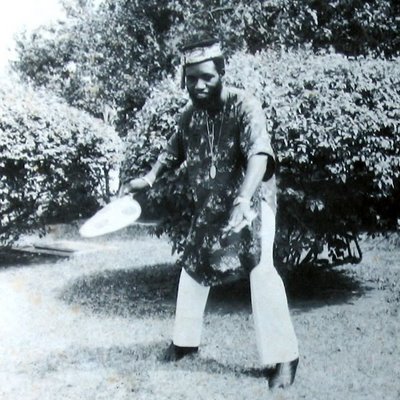 Oliver de Coque was a prolific guitarist who popularised the
‘Ogene’ dance, an inspiring style of Nigerian High Life.
Oliver Sunday Akanite was born in 1947 and started his music
career at the age of 11. He played on the Prince Nico Mbarga’s
evergreen album “Sweet Mother” and recorded himself more than 70
albums that have next to great music, the funniest picture
covers around. King Chief Oliver de Coque died on june 20, 2008
in a hospital in Gbagada, Lagos, after struck by heart failure.
May he rest in peace. On this album ‘de Coque’ really makes true
his great name, on ‘Baby don’t cry’ he seems to be calling chickens
with his guitar. For the occasion Oliver put on his most
special dress. Don’t you just love that tigerprint ?