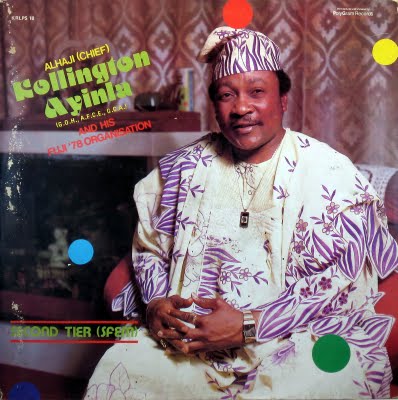 Fuji is a Nigerian music style that started at the end of the 60’s.
It exists mainly from percussion, like talking drums, and vocals.
Fuji got so popular during the 80’s that it took over juju. It is said
that fuji represents the Islam like juju does for the Cristians.
Kollington Ayinla was the second most popular Fuji wizard after Sikiru
Ayinde Barrister and the two were rivals untill fuji got so popular,
even called dancefloor exitement, that it didn’t matter anymore.
With razorsharp lyrics, Ayinla was the source of social commentary
in the Yoruba Muslim music scene. Second fuji album on this page,
with some left to follow, enjoy !